The beach guide has 14 beaches listed in and around the town of Bournemouth.

Located on the south coast of England is Bournemouth, the largest resort in Dorset and one of the most popular seaside towns in the south west. It attracts over five million visitors every year to its safe sandy beaches, vibrant nightlife and abundance of attractions for all the family. 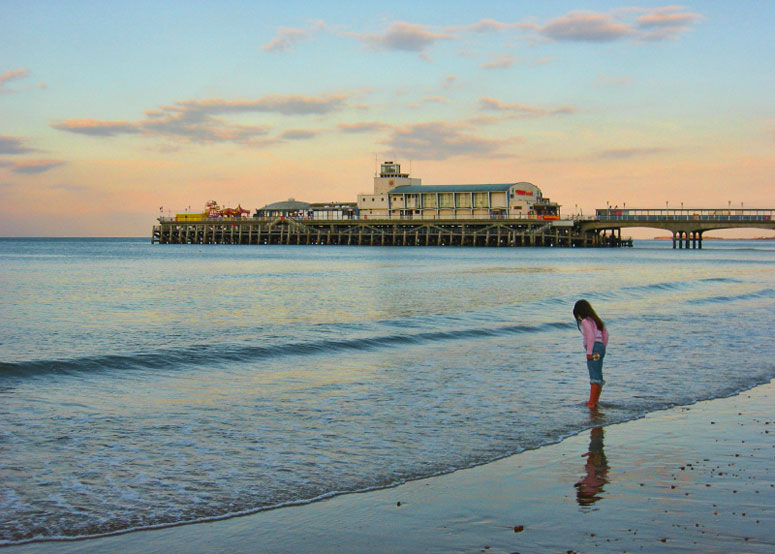 As with many British seaside towns, Bournemouth's popularity grew with the arrivals of the railways in 1870. From then on summer visitors from the Midlands and London flocked to the town. This means much of the town centre architecture is Victorian with the Grade I listed St Peter's Church and its 202 foot spire built in 1879 being one of the main local landmarks. As the town grew in the early 20th century, so did the amenities with theatres, cinemas, cafes and hotels all built to keep up with its growing popularity.

Bournemouth boasts seven miles of sandy beaches backed by sandy clay cliffs. This stretch of coastline is an unbroken chain of great beaches from Sandbanks to Christchurch harbour. There are two piers in the area; Bournemouth Pier is close to the town centre and shorter of the two, it was originally built as a wooden jetty in 1865 but was added to throughout the years and is now home the Pier Theatre (added in 1960). The other is the award winning Boscombe Pier which opened in 1889 and was extended in 1927. It has also been renovated more recently and is now a Grade II listed building.

Other landmarks include the neo-classical style Bournemouth Town Hall, originally built as the Mont Dore Hotel in 1881 and now also a Grade II listed building. The Pavillion Theatre is another notable building, close to the seafront and built in an Art Deco style in 1929, it is still a popular venue. The town has several gardens including Lower, Central and Upper gardens that run for several miles down the valley of the River Bourne. In the Lower gardens is the Bournemouth Eye, a helium filled balloon that rises to nearly 200 foot and provides a panoramic view across the area.

A number of events are held in Bournemouth throughout the year including the popular Bournemouth Food and Drink Festival which takes place over 10 days. There is also The Arts by the Sea Festival which was launched by the University in 2012 and is a mix of film, theatre, dance, music and literature. The Bourne Free carnival was initially a gay pride festival but is now about diversity and inclusion and takes place every year during the summer. There is also the Air Festival that is spread over four days in August, attracting over a million people and features displays from various aircraft including the Hurricane, Spitfire, Vulcan and Red Arrows. 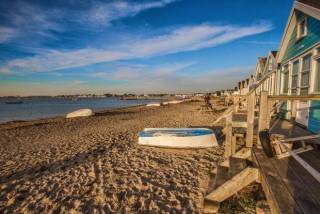