The beach guide has 8 beaches listed in and around the town of Blackpool.

Blackpool is undoubtedly one of Britain's most iconic holiday resorts. Set on the Irish Sea coast in North West England, it has a reputation as a traditional and bustling seaside town with plenty to do for all the family. 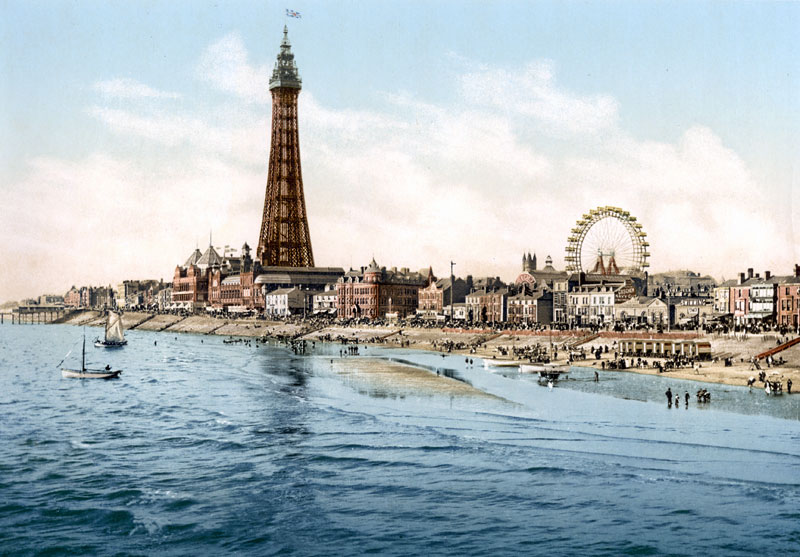 As with many British seaside resorts, Blackpool's popularity increased during the Victorian era when the railway was introduced and connected the town to the rest of Northern England. The promenade was built along with the popular piers and the town was busting with shops, cafes, theatres, trams and donkey rides. In its heyday, Blackpool was one of the most visited resorts in the country but as foreign travel became popular Blackpool fell out favour. However it remains to this day firmly rooted on the tourism map with on-going redevelopment and continues to attract millions of visitors every year.

Most of the action happens around the popular promenade which stretches for six miles with three piers. North Pier is the longest and oldest of the three, built in the 1860s it is grade II listed and features a small shopping arcade, theatre and carousel. South Pier, dating back to 1892, sits opposite the Pleasure Beach and now has various different rides and live entertainment.
Central Pier is (of course!) located between them both and was built in 1864 following the success of the North Pier. It is now home to a large ferris wheel and entertainment centre.

The most notable landmark in the town is without doubt Blackpool Tower. Opening in 1894 and soaring 158 metres (450ft) above the town, it was inspired by the Effiel Tower. Inside the tower is the world famous Tower Ballroom and Tower Circus. The Historic Winter Gardens is an entertainment centre that was built between 1875 and 1939 with 12 different venues including a ballroom and theatre. It regularly holds various award winning West End shows and big name music concerts.

Other attractions include Sandcastle Water Park, the UK's largest indoor waterpark with 18 slides. There is also Blackpool Zoo with more than 1,500 animals, Madame Tussaud's Waxworks and the Sea Life Centre, which is on the promenade. Blackpool also has a longstanding reputation for entertainment and cabaret with some popular venues being Viva Cabaret Showbar and Funny Girls. 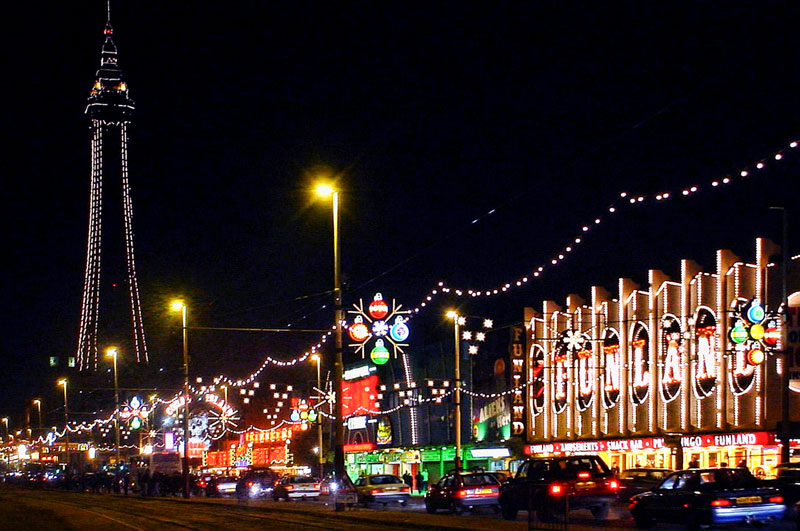 Every year in Autumn the entire promenade and trams are lit up as part of the popular Blackpool Illuminations, one of the biggest family attractions in the area. 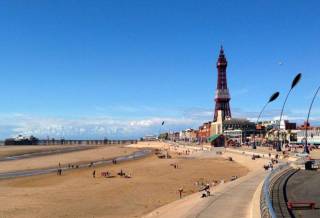