The beach guide has 17 beaches listed in and around the town of Margate.

Margate is a traditional coastal town in Kent on the Isle of Thanet. It is made up of four areas - Pal Bay, Garlinge, Cliftonville and Westbrook. The town boasts over 250 years as one of the leading seaside resort in the country, alongside its neighbour Ramsgate. 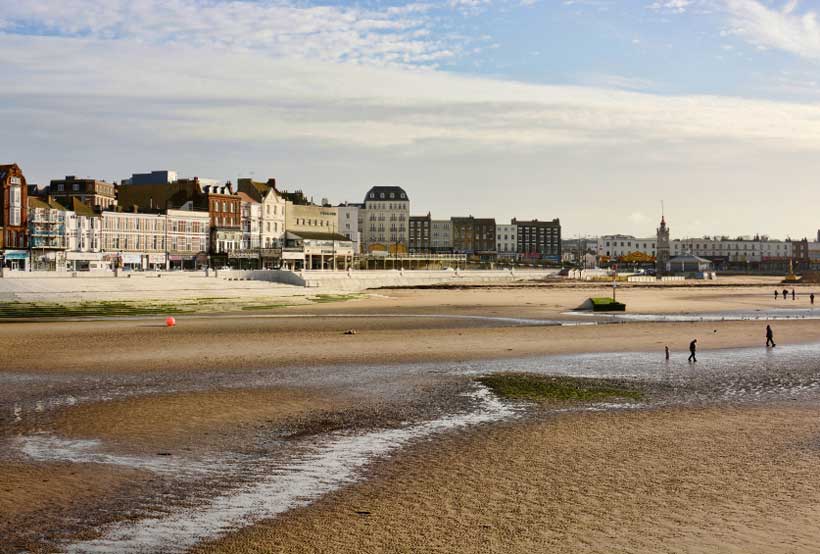 With the golden beach of Margate Sands constantly being main draw to visitors from London throughout the years. It was also well known for its Victorian Pier during its heyday but it was sadly destroyed during a storm in 1978.

The town has an artistic energy with a mixture of traditional seaside charm and contemporary culture, especially the cobbled streets of the Old Town which has a unique vibe and boasting various chic vintage shops, cafes and galleries, alongside traditional delights of fish and chip shops, cafes and candyfloss stalls.

Margate is full of nostalgic buildings from its rich Victorian past. Margate's Winter Gardens has drawn big name acts for more than 100 years from the Kaiser Chiefs to the Beatles, The Theatre Royal is the second oldest in the country; it was originally built in 1787 and remodelled in 1879 following a fire in 1829. There is also the Tom Thumb Theatre which is the second smallest in the country.

Other popular sites include Margate Museum in Market Place which tells the story of the town's maritime heritage, the 16th century Tudor House on King Street, and the quirky Shell Grotto, a unique Grade I listed building that was rediscovered in 1835 and is decorated with over four million shells covering 2000 square feet. There is also a popular annual jazz festival that takes place every year in June.

There is currently major investment into Margate including the revival of Dreamland, the town's historical amusement park which closed in 2005 but is on track to reopen in 2015. It is home to the world's oldest wooden rollercoaster and local community groups are keen to restore it back to its original state. 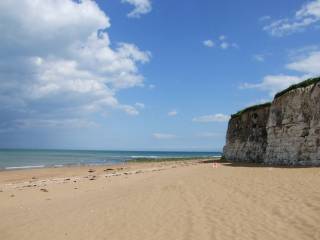