The beach guide has 5 beaches listed in and around the town of Eastbourne.

On the south coast of Britain in East Sussex is the large seaside town of Eastbourne, a popular coastal resort with the South Downs dominating the backdrop of the town. It is set east of Beachy Head in the South Downs National Park which is the highest chalk cliff in the country. As with many British seaside resorts, Eastbourne's popularity increased during the Victorian era and was developed in the early 1800s from four separate hamlets to form one larger town. 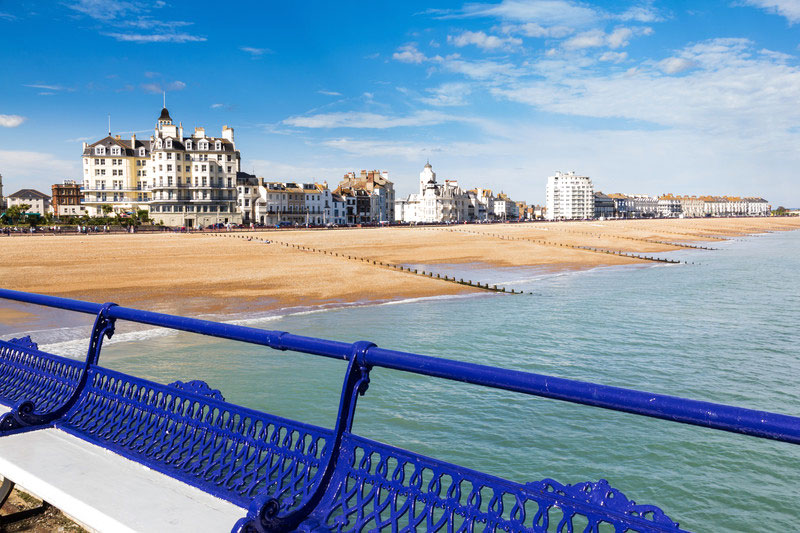 The seafront is made up of mostly Victorian buildings which are split in half by Eastbourne Pier. Built between 1866 and 1872 it dominates the seafront, a fire in July 2014 destroyed the arcade section, but much of the outer pavilion was saved. A Napoleonic era fort and military museum can also be found on the seafront.

Eastbourne Beach stretches for four miles from Sovereign Harbour to Beach Head and is made up of mostly shingle. Sovereign Harbour sits to the east of the town and is home to a marina, houses and luxury apartments.

Numerous events take place in Eastbourne throughout the year with the most popular being Airbourne, the world's biggest seafront air show which is held across four days and includes flights and aircrafts from the RAF and USAF and the Red Arrows display team.

There are several parks and gardens in Eastbourne including Hampden Park with its sports facilities, large lake, golf course and woodlands, the largest park is Shinewater Park with a large fishing lake, sports facilities and BMX and skate park. Gildredge Park sits between the main town and the Old Town, Princes Park is on the eastern end of the seafront and is home to a large lake and noted for its swans, as well as various watersporting activities. Other smaller open spaces include Upperton Gardens, the Carpet Gardens, Manor Gardens, Helen Gardens, Sovereign Park and the Western Lawns. 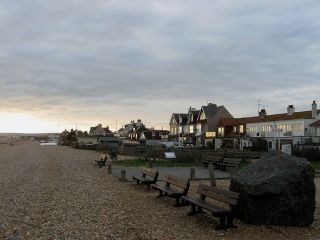