The beach guide has 14 beaches listed in and around the town of Broadstairs. 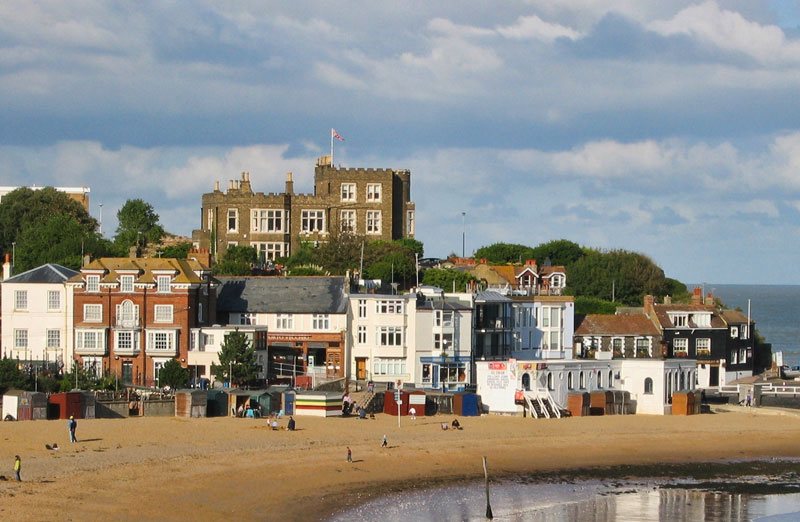 On the Isle of Thanet in Kent is the coastal town of Broadstairs, brimming with traditional seaside charm and popular with tourists looking for a relaxed and family friendly get away. Known as the "Jewel in Thanet's Crown" it is one of the area's best known seaside resorts. The name derives from a flight of stairs that were once in the steep chalk cliffs from the sandy beach up to the cliff top 11th century shrine of St Mary.

Set above a picturesque harbour and backed by cliffs either side, Broadstairs boasts seven golden sandy bays and beaches, many of which have a blue flag status and are linked by cliff top paths. The main beach is Viking Bay where there are children's rides, beach huts, surfing and cliff top promenade.Up on the cliffs around Kingsgate Bay is the imposing Kingsgate Castle, originally built in the 1760s as the home of Lord Holland but now used as private dwellings.

Broadstairs is well known as Charles Dickens' favourite holiday spot and within the town you'll find the Charles Dickens Museum that is home to various memorabilia and prints, as well as the imposing cliff top building of Bleak House where he holidayed in the 1850s and 60s and also wrote 'David Copperfield'. Every June Broadstairs also hosts the Dickens Festival.

The main town area has a wealth of restaurants, bars and cafes including two popular retro 1950s style ice cream parlours. Shopping in the town includes high street shops as well as plenty of independent and chic stores. In mid August the Broadstairs Folk Week takes place brining folk music to the pubs, gardens and beaches of the town. Other popular events in the town include the Broadstairs Water Gala full of sandcastle building for the family and the three day Broadstairs Food Festival in October every year showcasing local food and drink. 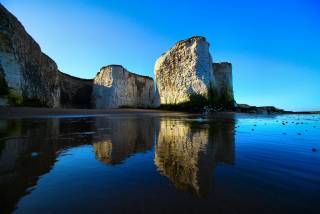