The beach guide has 4 beaches listed in and around the town of Scarborough.

On the North Sea coast of Yorkshire sits the coastal town of Scarborough, one of Britain's first seaside resorts and Yorkshire's largest holiday destination. Popular with tourists for over 360 years, Scarborough bloomed in size following the introduction of the railway line in 1845 and it is still one of the most visited places for short breaks in the UK. 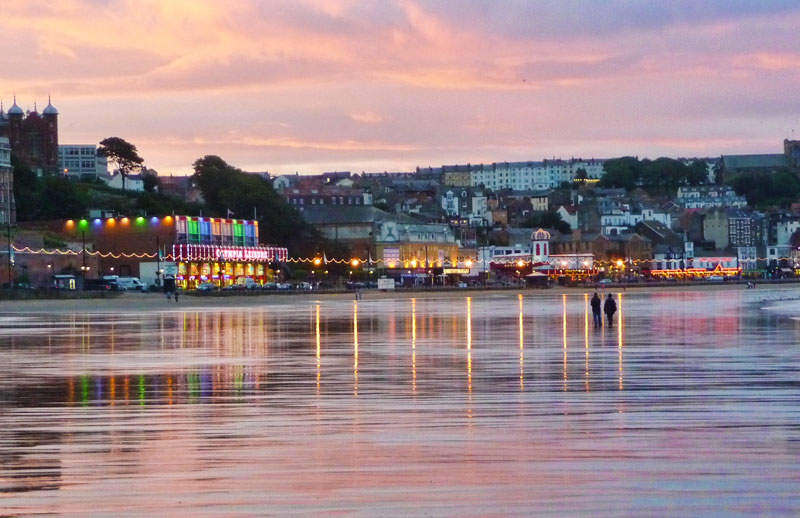 Perhaps the most striking feature in Scarborough is the high rocky limestone cliffs which separate the sea front into two sandy bays - North Bay and South Bay. This rocky headland is also home to the 11th century ruins of Scarborough Castle, originally built to defend the bays and now offering a great site to explore and take in the panoramic views across the coastline. Set on the southern side of Scarborough is Olivers Mount; at over 550ft high it offers a fantastic viewpoint from the Cenotaph across the town and also home to a country park and motor racing circuit which is between May and September.

Much of the older part of the town lies around the harbour area and the beach at South Bay and remains as the main tourist area with a focus on the beach, amusement arcades, theatres and cafes. Here you can also go down the steep cliffs using one of the three cliff lifts, one of which was Britain's first and opened in 1875. Set at the heart of the town is the harbour, made up of three piers it is still used by both fishing and passenger boats, and is also home to a lighthouse that originally dated from 1804 but was rebuilt following damage during the war in 1914. The commercial town centre, shopping and nightlife sit above the harbour area. Heading down the steep cliffs to the beach is the Victorian cliff tram.

The North Bay area is the peaceful end of the resort with its blue flag beach is also where popular Peasholm Park is situated with its boating lake and miniature railway.

Both of these bays are linked by extensive Victorian promenade built around the base of the headline. 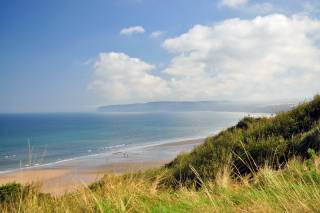