The beach guide has 5 beaches listed in and around the town of Brighton.

Brighton is one of Britain's most popular coastal towns and sits on the south coast in Sussex. Backing onto the South Downs its long sand and shingle beaches face into the English Channel. Brighton sits in the centre of a shallow bay which stretches from the headlands at Selsey Bill to Beachy Head. 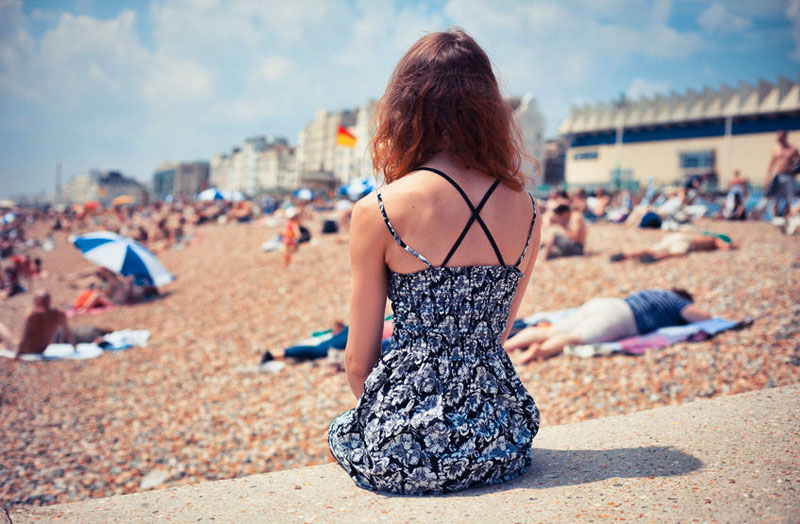 Much of the town is centred on the seafront promenade which is lined with bars, cafes, shops and amusement arcades. There are two piers in Brighton; the larger Marine Palace and Pier opened in 1899 with its funfair, restaurant and arcades, and the older Grade I listed West Pier which was built in 1866 but is currently closed after a huge fire in 2003.

The beach in Brighton is a blue flag beach which is made up of mainly single at high tide, while at low tide it is flat and sandy. Running along the edge of the beach from Brighton Pier to Black Rock and Brighton Marina is the electric railway, created in 1883 and the world's oldest operating one of its kind. Above the beach on is Monarch's Way, a long distance footpath that leads west along the coast as far as Dorset.
At the eastern end of the seafront is Brighton Marina, originally an open air lido, it has now been developed into one of Europe's largest marinas.

As with many British seaside towns, Brighton became popular during the 18th century as it developed from a fishing village to a fashionable health resort. When the railway arrived in 1841 tourism really began to boom in the town with affluent day trippers coming down from London. This means much of Brighton has a Georgian and Victorian feel including the rows of terrace houses along the seafront. Many of the towns's main attractions were also built during this era such as the Royal Pavilion, Grand Hotel, the West Pier and the Palace Pier. 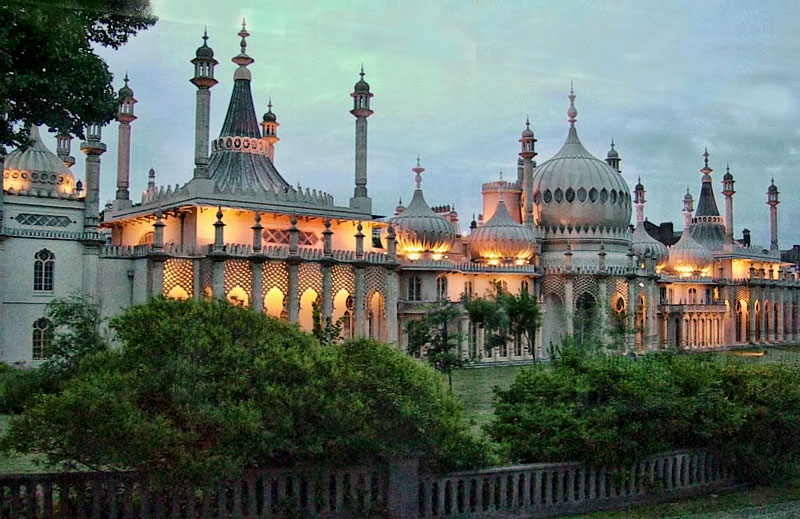 Two buildings of particular note include The Royal Pavilion which was built in the early 19th century as royal palace with its Indo-Saracenic architecture and Oriental interior, and the imposing Grand Hotel was built in 1864 during Brighton's Victorian heyday.

Other popular visitor attractions include the Brighton clock tower which was built in 1888 for Queen Victoria's jubilee. There is also the Brighton Wheel close to the Marine Palace and Pier. A future highlight is the Brighton i360; due to open in 2016 this will be an observation tower soaring 162 metres above the town which will be Britain's highest observation platform outside of London. 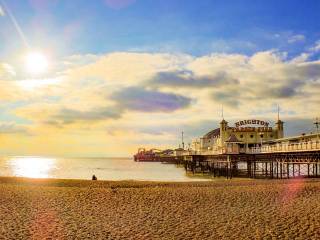