The beach guide has 28 beaches listed in and around the town of Paignton.

Situated on the South Devon coast is Torbay, an east facing bay which forms a natural harbour in the English Channel. It is bordered by the South Hams in the south and west, and by Teignbridge to the north.

The area is edged by steep hills with palm trees a common sight around the bay. It is said the naturally sheltered bay has its own a micro climate that is significantly warmer than much of the rest of the UK. It is often referred to as the English Riviera on account of its long sandy beaches and this mild climate. 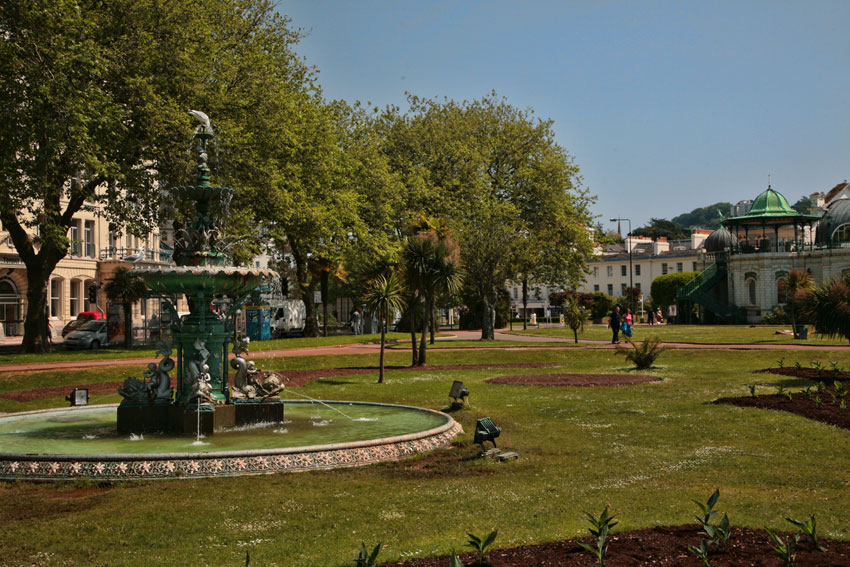 Torbay is made up of three main resort towns that are positioned around the bay spanning from Berry Head to Hope's Nose; these are Torquay, Paignton and Brixham, which have, over the years, become connected yo various other smaller towns and villages.

To the north is Torquay; for more than 100 years it has been a fashionable seaside retreat first becoming popular with wealthy visitors during the Victorian era. Much of the action is centred on the palm tree-lined waterfront with its busy harbour, promenade and marina which offers some of the UK's best sailing. The sandy beach is set slightly away in a less busy area, but still close to the town centre.

Surrounded by the famous seven hills, there are panoramic views and plenty of cliff top coastal paths around the town. Torquay has a number of sites of historic interest including Torre Abbey and Kents Cavern, while a popular family attraction is Living Coasts, a coastal zoo that is home to marine life including penguins, seals and puffins.

Torquay is also the birthplace of Dame Agatha Christie and there is an interesting mile walk which takes you through 10 landmarks associated with the mystery writer. 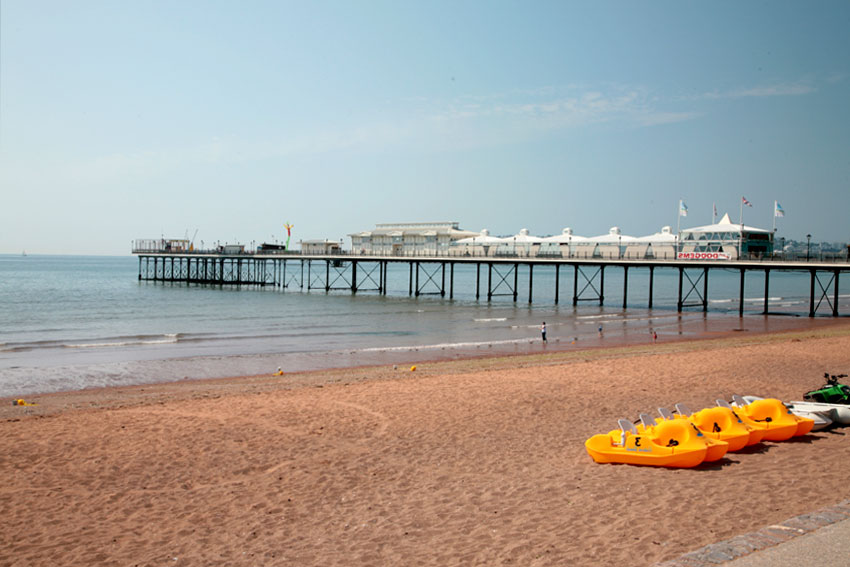 The town of Paignton sits in the centre of the Torbay area; much of the action is around the seafront which is still a popular family destination. It boasts a mile long sandy beach backed by a promenade replete with amusements, a small harbour and traditional pier. Next to the beach is Paignton Green with its sporting facilities and various events. There are pleasure boat rides across the bay from Paignton Harbour to Torquay and Brixham. Paignton Zoo is one of Devon's most popular family attractions and is home to 100s of species of animals. There is also the nearby Splashdown Quaywest Waterpark with its eight water slides. Numerous events take place in Paignton including the annual regatta and carnival. 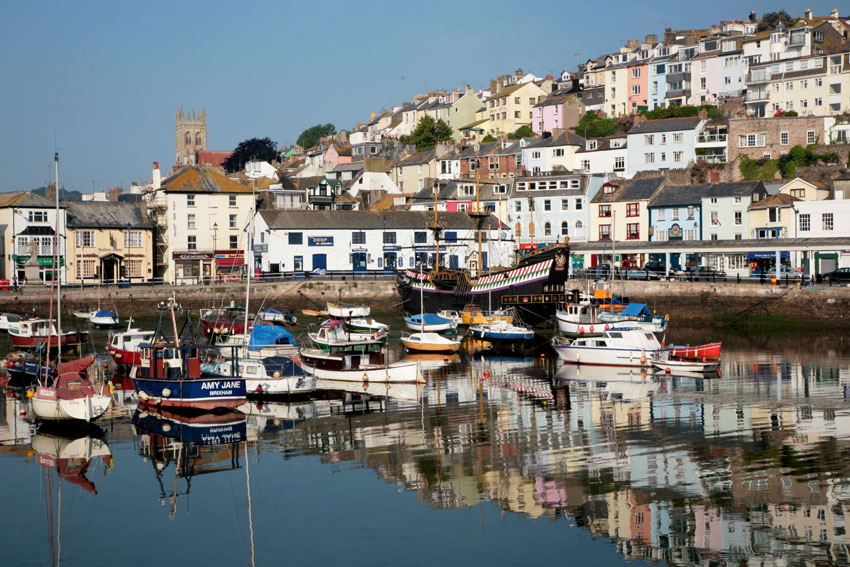 Furthest south is the attractive town of Brixham which has a different feel to the rest of Torbay; it remains a bustling fishing port set amongst the rugged cliffs around the bay where cottages cling to the hillsides. The focal point is still the traditional and quaint harbour which remains as one of Britian's busiest ports. Fishing trips and ferry services to Torquay also run from the here.

Above the seafront is the town, a maze of narrow streets lined with colourful traditional cottages and the towering cliffs at Berry Head and its coastal path. 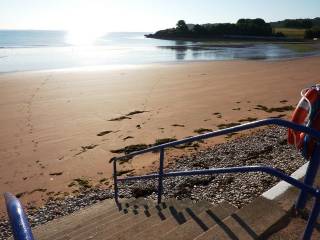