The Best Beaches near London

Despite feeling a million miles away from the Great British seaside London is in fact within a stone's throw of some of the UK's finest beaches. OK, maybe you would have to be very good at throwing stones but the capital is less than two hours from some great beaches making a day trip very doable.

So there is no need to compromise with a day in the park or the "urban beach", you could be feeling the sea and sand between your toes real. And these are proper beaches, not the patches of mud that pass for a beach along the banks of the River Thames. We have hand picked a range of beaches from wild, sandy expanses to the ultimate classic British seaside experience. 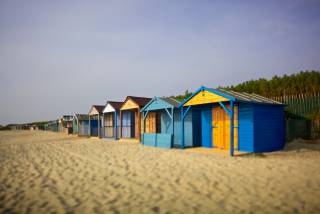