The map below shows the current sea temperature for the coastal waters of the British Isles in degrees Centigrade. 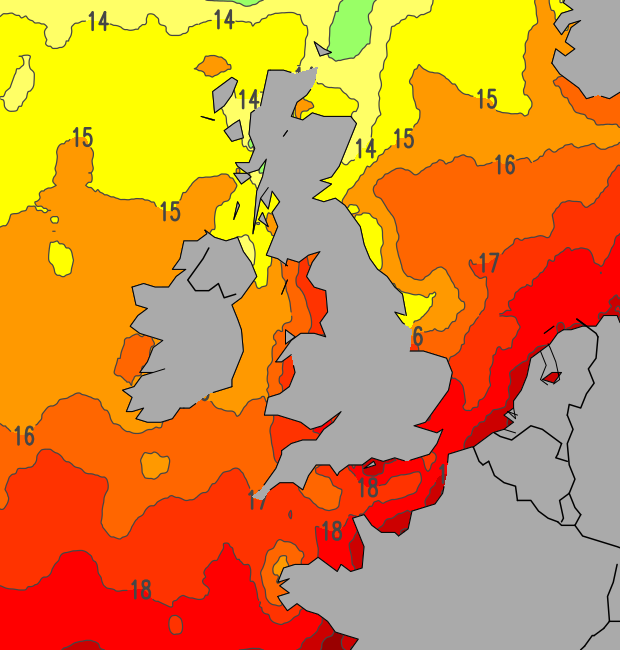 In general sea temperatures in the UK are colder in the north than in south as we would expect. However, it isn't quite as straightforward as that. The lowest temperatures are to be found in the North Sea, the reason being these areas do not benefit from the warm waters of the Gulf Stream.

Overall, the average sea temperature in the British Isles ranges from 6-10 °C in the winter to 15-20 °C in the summer depending on region and yearly variation.