The beach guide has 15 beaches listed in and around the town of Tenby.

Situated on the western side of Carmarthen Bay in Pembrokeshire, South West Wales sits the coastal town of Tenby, part of the Pembrokeshire Coast National Park since 1972. It is one of the most visited seaside resorts in Wales and was especially popular during the Victorian and Edwardian eras with wealthy families. 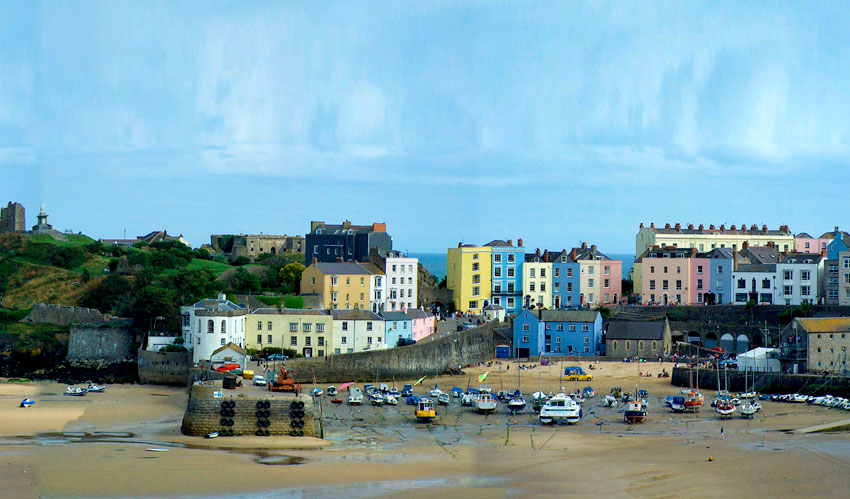 In 2013 it was given the bronze award for the best UK coastal resort at the British Travel Award as voted for by the public.

Tenby is best known for its 2.5 miles of sandy beaches, made up of three different beaches, with the Pembrokeshire Coastal Path passing through the area. Another notable feature of this historical town is the imposing 13th century medieval stone wall which includes the Five Arches gatehouse. Much of the centre of Tenby is made up of narrow streets, which are pedestrianized during the summer, and full of independent shops and cafes that have been built in oriental pastel colours giving the town a French look and feel.

Other attractions include the Tudor Merchant's House, owned by the National Trust and recreates life as it would have been in the 15th century. There is also the Tenby Museum and Art Gallery near the harbour on Castle Hill which is the oldest independent museum in Wales.There are also two golf courses - Tenby Golf Course and Trelfoyne Manor.
The Ironman Wales competition also takes place in Tenby every year in September. 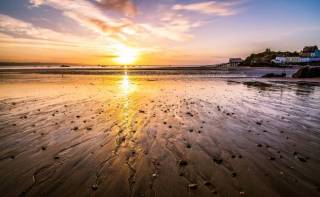