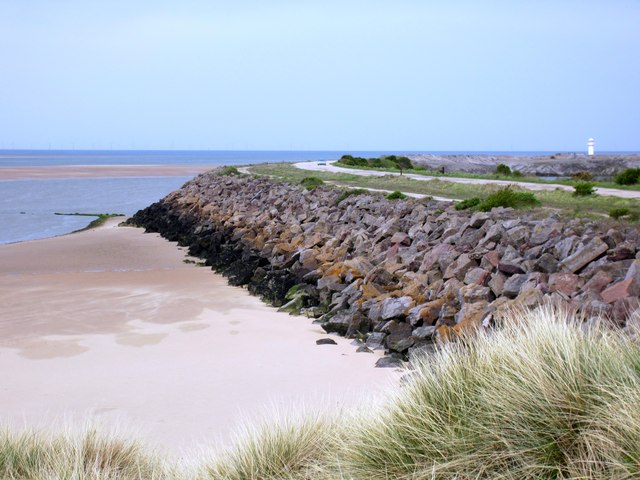 This was the third attempt at protecting the Hodbarrow mine workings from the sea. The first two walls collapsed due to subsidence. With lessons learned the third version was made in the form of a more flexible dam. Essentially, the centre was formed with steel pilings, clay and slag. The outer was protected with limestone rocks and with 25 tonne concrete blocks on the seaward side. The picture shows the Western end at the Hodbarrow Point bay.

© Perry Dark and licensed for reuse under this Creative Commons Licence