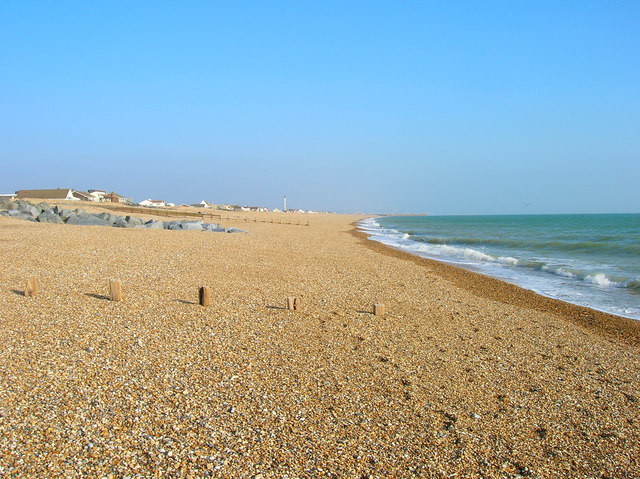 Looking eastwards towards the river mouth with the chimney of Shoreham power station in the distance. The good light here originally attracted the nascent British film industry to build some of its earliest studios on the shingle spit. One of those involved was Frances Lyndhurst grandfather of Only Fools and Horses star, Nicholas.

© Simon Carey and licensed for reuse under this Creative Commons Licence