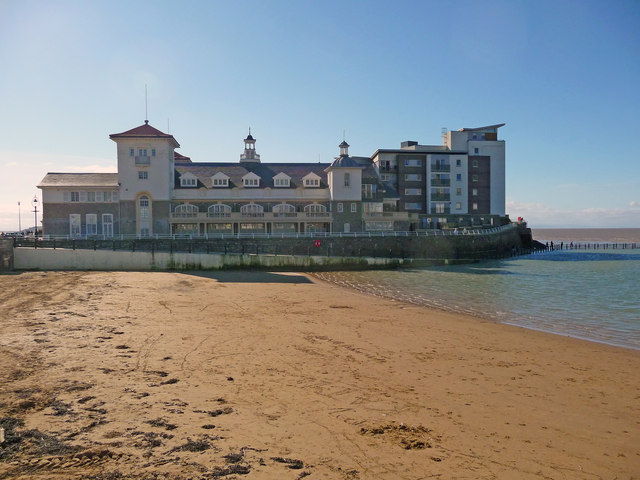 In the early 1800s spa baths were a popular cure and so Howe's baths opened on Knightstone in July 1820. Lodgings were built for the invalids as well as a refreshment room and reading room. Knightstone was an island and bathers were ferried over by local boatman, Aaron Fisher. Later a low causeway was built to the island to allow easier access.

© Chris Talbot and licensed for reuse under this Creative Commons Licence