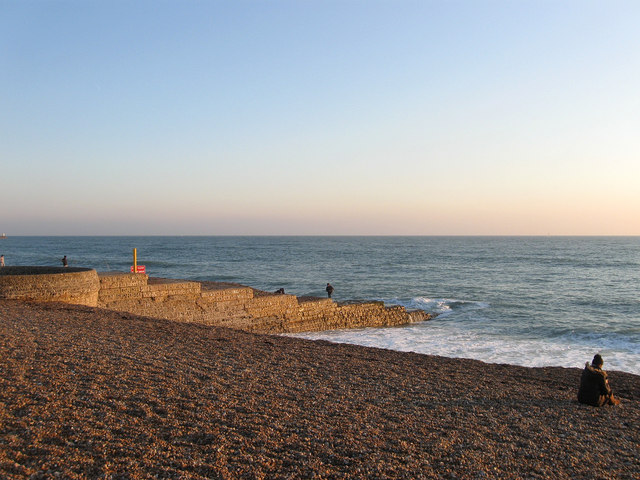 Built in 1877 and originally known as Paston Place Groyne it soon acquired its current name due to the shape and has since stuck as the official name. The concrete platforms beyond the public observation section in the circular area to the left is often used by anglers of which three are in view. Taken about half an hour before sunset.

© Simon Carey and licensed for reuse under this Creative Commons Licence