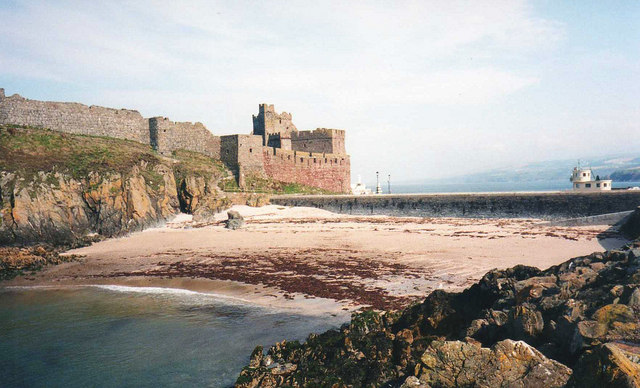 Fenella Beach was formed by the creation of the causeway that carries the road from East Quay to Peel Castle. Sir Walter Scott's 1823 novel 'Peveril of the Peak' was set around Peel Castle and brought many tourists to Peel. One of the characters in the novel was named Fenella, after which the beach was named. The 1870s Fenella Hotel used to stand on the rocks in front of the current car park, but burnt down in 1896.

© Trevor Rickard and licensed for reuse under this Creative Commons Licence