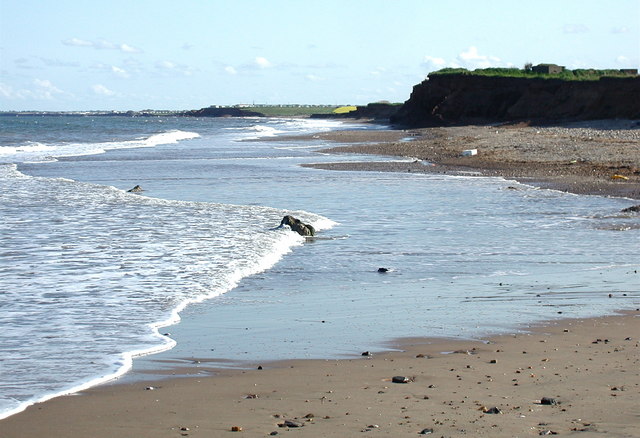 Looking south along the North Sea coast where The Earl's Dike crosses the beach at Fraisthorpe. The current (May 2008) Ordnance Survey 1:50000 scale map is misleading because coastal erosion has taken its toll on the cliff in this area, moving the high water mark at least 100 metres further west since this map was last updated. The 1:25000 scale map gives a rather more accurate version of the way things are now.

© Paul Glazzard and licensed for reuse under this Creative Commons Licence