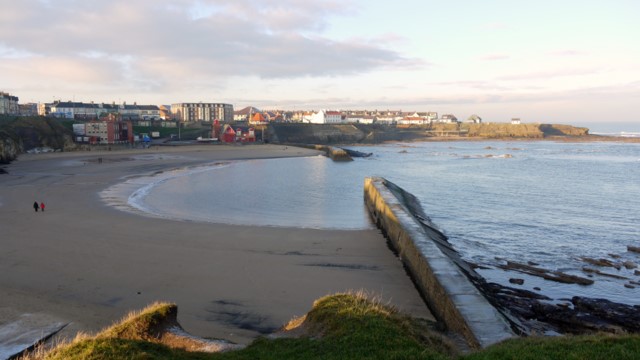 Cullercoats Harbour used to be a salt and coal harbour but these operations had ceased by the mid-18th century. The first pier at Cullercoats was wooden and was built in 1677. The port was put under the charge of the Custom House Officer at Blyth and in 1848 the pier was rebuilt in stone to a design by John Dobson. The end part was rebuilt in 1880. Cullercoats fishing village was noted for its 'fisherwomen' who sold fish from baskets in the surrounding countryside when the boats came home. http://www.twsitelines.info/Siteline.nsf/SMR/AA10DBE10E6CC225802576AF003E51C0?opendocument

© Andrew Curtis and licensed for reuse under this Creative Commons Licence